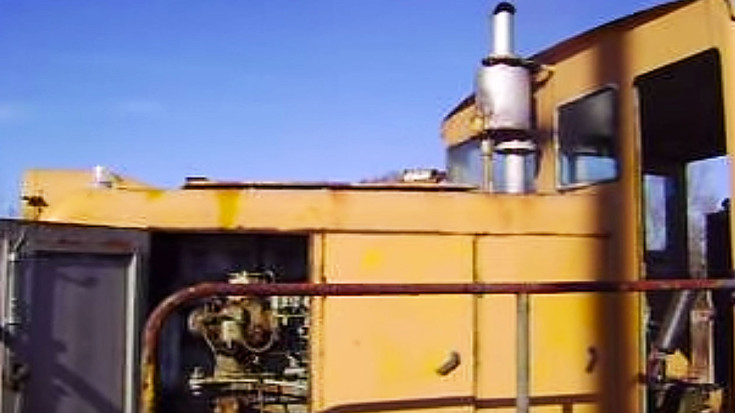 Theres nothing quite like seeing an old locomotive back up and running again!

From 1940-45 this little shunting engine and others like it were built by General Electric in an effort to bring more diesel locomotives to market. This was no easy sell in a railroad industry saturated with steam locomotives!

The cabs of these locomotives were very spacious for the overall size of the engine!

This engine in particular, #82, was built for the Naval Shipyard Charleston, South Carolina, and after roughly 40 years of usage, she found herself at the South Carolina Railroad Museum. The switcher sat dormant for 30 years, until December of 2009 when her engines ran once again!

Its wonderful to hear the engines roar once more!

The uploader of the video: steamman5320 has been directly involved in the project, and as of this year the engine is now scheduled to receive a full restoration! While she needs some serious work, it looks like she has a bright future ahead of her!