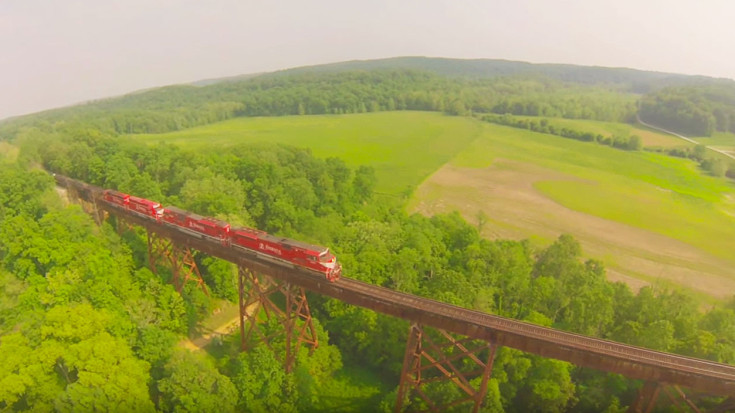 Currently part of the Indiana Railroad, the all steel trestle was built back in 1906 by the Indianapolis Southern Railway over Richland Creek.

The bridge has 18 towers for support!

Over 2,700 tons of steel was used in the construction of the bridge which is composed of spans ranging from 40 to 74 feet between the towers.

Over the years, many graffiti artists have tagged the bridge which oddly enough, has helped preserve the steel from the snow and elements. The Indiana Railroad doesn’t encourage this behavior, but does not try to remove the graffiti.

Let us know if you have ever seen this magnificent bridge up close and have the freight trains carefully cross the span. We would love to hear about your experience!