Moving Big Boy No. 4014 To Cheyenne Wyoming For Restoration! 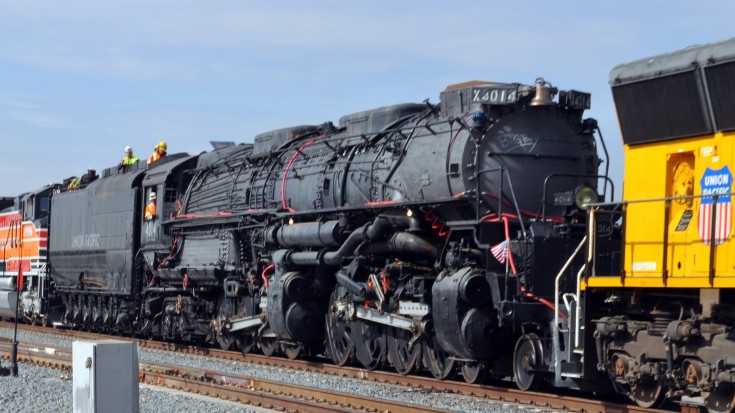 Housed at the rail museum in Pomona, California, Union Pacific began the process of moving UP 4014 (Big Boy) to her Cheyenne, Wyoming Shops for complete restoration.

This locomotive is so big, that they had to construct a special area to work on her where she would fit!

Note: The clip contains a narrative until 3:43 before you can see the actual movement of Big Boy beginning!

Although operators sometimes called her Fat Girl, the Class 4000 4-8-8-4 was originally called Big Boy due to a worker that chalked the name on her fire box during construction!


Known for their size, power and reliability, the Class 4000 4-8-8-4 was the largest and most powerful steam locomotives ever built.

Number 4014 is currently undergoing restoration at Union Pacific’s Cheyenne Wyoming facility for steam locomotives and hopefully will be out on the tracks again by 2017.

Please let us know if you have ever had a chance to see one of these Big Boys in action! We all would love to hear you comments!