How Much Abuse Can These Tracks Take? 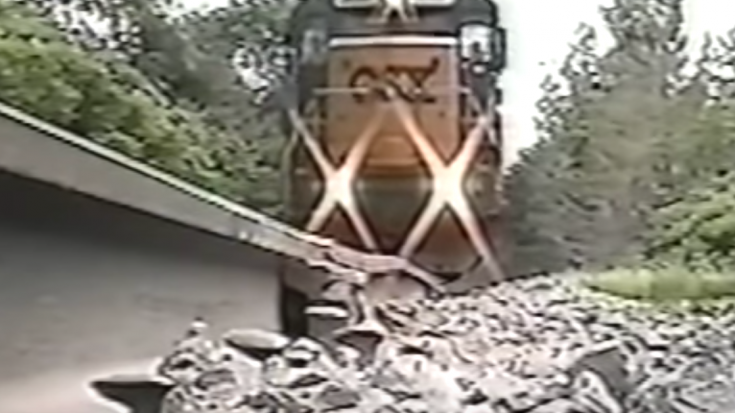 Lack of maintenance really shows on this stretch of rails!

All of this neglect along with the extreme temperature changes throughout the years, has led to massive rail stressing! The rails have twisted and shrunk also affecting the ballast, ties, and rail spikes which can lift out after time.

In what can only be described as rubber track, the steel rails flex with the weight of the locomotive and cars due to lack of maintenance in Lacona, New York. This is a CSX Saint Lawrence Subdivision line and a 10 mph speed limit was in effect during this time. CSX maintenance of way crews would have been called out to fix this section of track.

What was really needed here is :

Plenty of spike pulling from decayed ties and rail and tie replacement is needed.

Let us know if you have old tracks where you live that are still in use. Hopefully, they are in better condition than these!