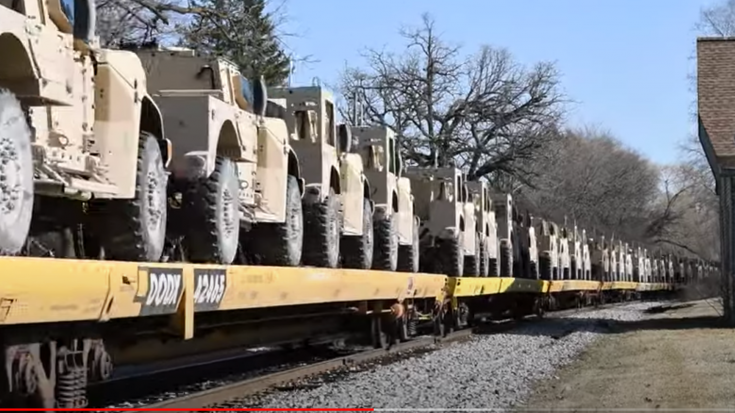 The HUMVEE is considered a lightly armored vehicle which largely replaced the iconic military Jeep.

Each Humvee comes in at approximately 5,200 lbs and measures 15 feet in length by 7 feet wide.

Thousands have been deployed across the Middle East including Afghanistan and Iraq. They were originally designed for personnel and light cargo transport behind the front line, not as a frontline attack vehicle. Troops liked the all terrain capabilities and off road performance.

The WSOR is a 802 mile Class II railroad that traverses areas between Wisconsin and Illinois. It hauls mostly commodities including wood, grain, consumer goods and chemicals.

Let us know if you have ever seen a military transport train. We would love to know what they were hauling!