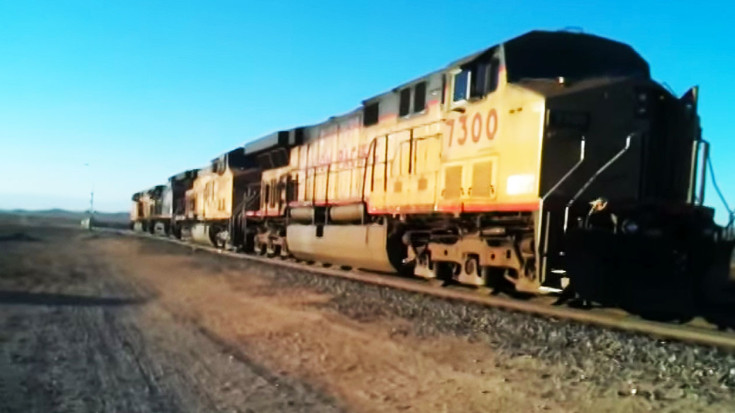 Where is the crew?

Union Pacific employees of these engines have some serious questions they need to answer! Youtube user Jumpnjammin has some surprising video evidence of what can only be described as engine negligence. Upon seeing four locomotives tied together sitting on the track, Jumpnjammin was shocked when he realized the engines were still running, with no crew to be found!

Jumpnjammin documents himself boarding the train unobstructed by any crew members, and you can hear the engines running loud and clear!

“The train is operating, hmm… Should I sit down and drive the train?”

Locomotive Idling and Operating Practices from Union Pacific themselves

Reasons a locomotive would be left idle:

Now we’re not Union Pacific, but the only thing that seems close to plausible as to why these engines are idling is the maintaining of air break pressure. That being said, it does not make it excusable that the crew is gone! The youtuber makes a very valid point, anyone could come up and try to operate these engines, which would most likely mean a world of trouble for not only every one involved, but Union Pacific as well!

What do you think is happening here, where is the crew? We’d love to hear your opinion!