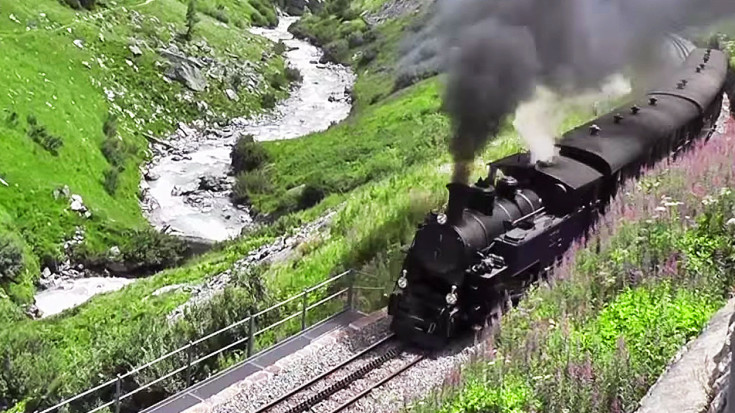 Known as the Furka Pass Cogwheel Mountain Steam Railway in Switzerland, it is strictly a tourist attraction. Open through the months of June through September, it draws many tourists to witness the most breathtaking scenery that Switzerland has to offer.

The line has several tunnels and features one tunnel that is well over 1 mile long on it’s way up to highest station at Furka at just over 7000 foot elevation.

It then descends down the mountain where it comes to a “folding bridge” at Steffenbach, which is dismantled each winter. Note in the video the center “cog” track which helps keep the train from slipping on the steep grades. It’s a longer video, so make sure you stay with it to see everything!

Got to put this one on your bucket list!

Let us know what you think about this railway!