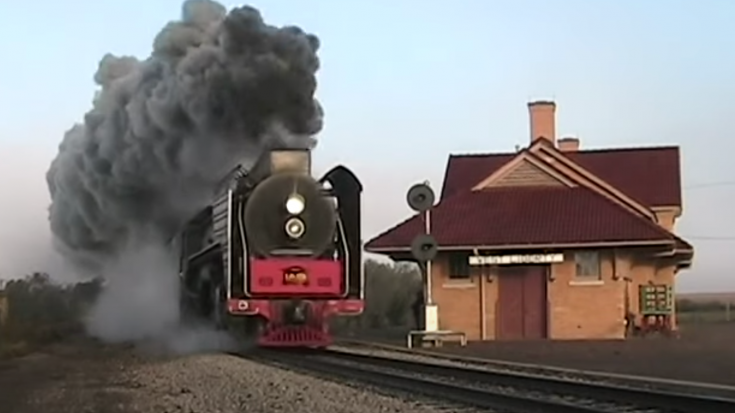 Captured in West Liberty, Iowa, the Iowa InterState Railroad was pulling a revenue freight with these Chinese QJ Class locomotives that were acquired after being withdrawn from use in China.

The wheel arrangement of the QJ Class locomotive mirrors the 2-10-2 Santa Fe type used on the Atchison, Topeka and Santa Fe Railway back in 1903.


The QJ class is named after <strong>Qian Jin which means to go forward. The locomotives were Americanized once delivered with changes to American headlights and whistles. Additionally, all red paint was repainted black with white trim on the running boards.

Some quick facts about the QJ steam locomotive

Let us know if you ever had the chance to see these locomotives in action! We would love to hear about your experience!