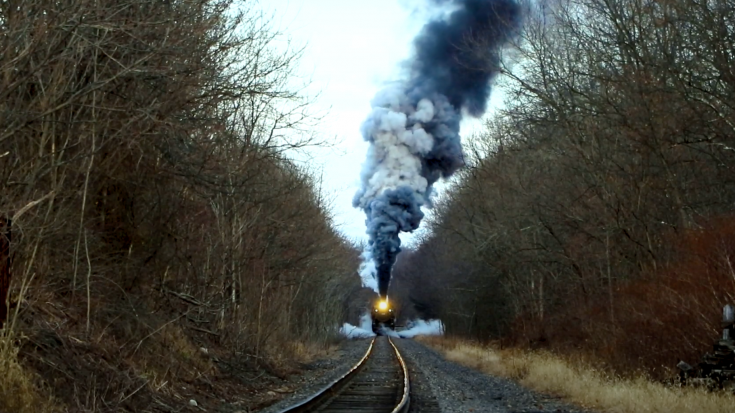 The Lehigh Gorge Scenic Railway in the Pocono Mountains provides an excellent backdrop for this workhorse switch engine!

Riding on the rails from Jim Thorpe to Lehigh Gorge State Park, CNJ 113 is seen pulling some vintage coaches which date back to 1917.

CNJ 113 was originally built for the Central Railway of New Jersey. It was also operated by the Philadelphia & Reading Coal & Iron Co. as number #113. The ALCO locomotive was known as a “Switcher” type steam locomotive and utilized a 0-6-0 wheel arrangement. Locomotives of this type were typically used in the fright yards in New Jersey since they rode rough and rarely ran over 15 to 20 miles per hour.

CNJ 113 was restored in 2012 by the The Railway Restoration Project 113 Organization and is based in Minersville, Pennsylvania.

Some Quick Facts about CNJ 113

Let us know if you have ever had the opportunity ride the Strasburg Railroad first hand. We would love to hear from you!