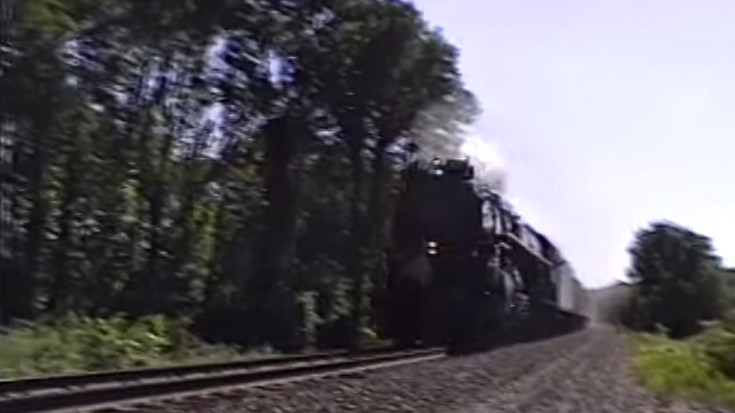 This 4-8-4 Northern Locomotive can bring it as she rounds the curve!

Listen to the sound of the train as it whizzes by in this short clip! Truly amazing!

The Chesapeake & Ohio Railway ordered a total of 25 of these so called “Northern” type locomotives beginning in 1935. They were actually being used by the Northern Pacific Railroad first and became known as “Northerns” due to their 4-8-4 wheel alignment.

Built mainly as a passenger locomotive for C&O’s first class passenger trains, the C&O 614 is the only surviving locomotive out of the original 25 built! This 477,000 lb locomotive could reach speeds up to 79 MPH!

If you have ever seen the C & O 614 or a train like this let us know in the comments below! Would love to hear your experience on this classic piece of history!