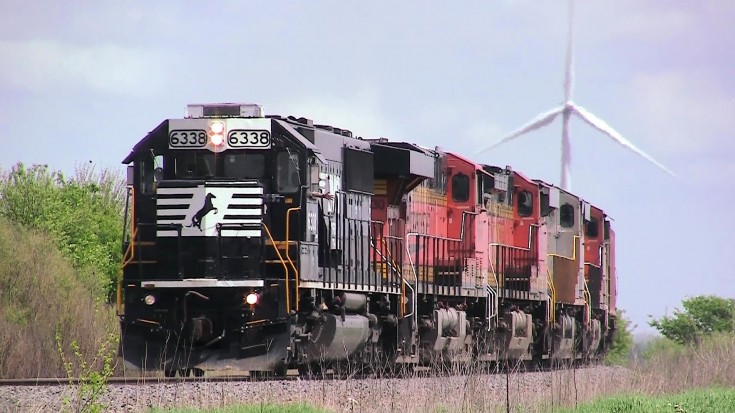 Aurora Illinois subdivision is the perfect place to railfan!


This Norfolk Southern freight shows some courtesy on the BNSF Aurora subdivision by taking a siding while an eastbound BNSF priority stack train waits his turn. Great catch on photography showing the perspective of oil tank cars coming directly towards you. The camera angle makes the train take on a “centipede effect” as she comes down the line both coming and going.

Hauling freight by way of rail is the backbone of America!

Some quick facts about the SD40E

Let us know if you have worked on one of these types of locomotives. We would love to know about it!