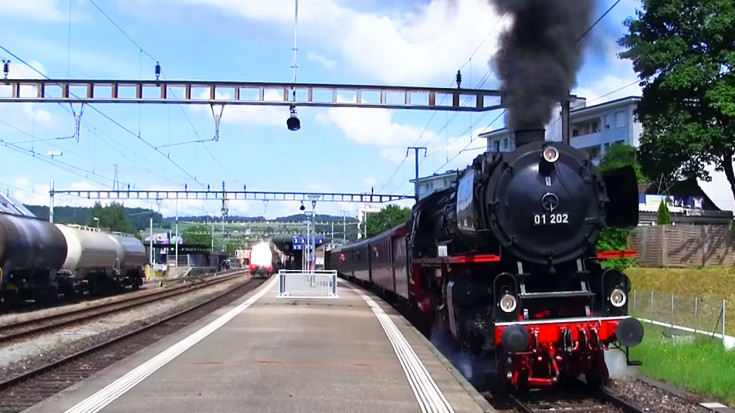 
The DRG Class 01 #202 was also fitted with Witte smoke deflectors to combat the steam and smoke from obscuring the view of the engineer. The deflector would force air down the side of the boiler thus creating a high pressure area that would send the smoke upwards, out the engineers way. The deflectors are generally needed on locomotives with shorter chimney stacks.

Let us know if you have ever taken an excursion on this train while in Europe. We would love to hear your comments!