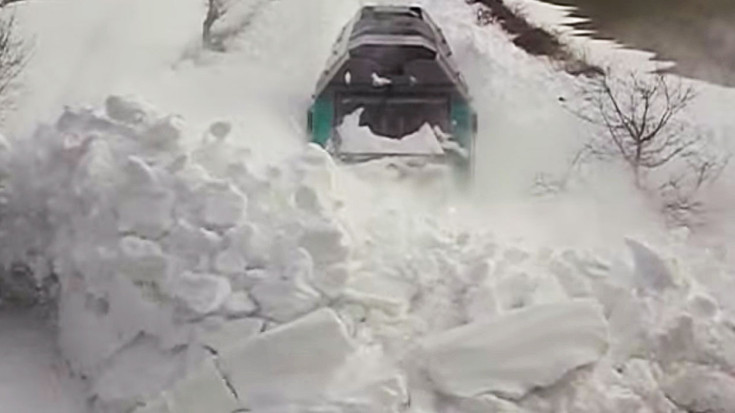 Normandy, France, was the scene of this snow plow working its way across the French fields after historic snowfall which left roofs collapsing under the weight of snow in the nearby villages.

Filmed in March of 2013, the photographer catches a terrific shot of the plow train as it passes underneath the bridge they were standing on. These guys whoop and holler with the excitement of being that close to the action!

The snow seems to explode underneath them right in front of the camera!

The plow is being pushed by a Alstom SNCF BB 475000 model diesel electric locomotive.

Notice the locomotive has one sled plow attached in the and one in the rear. This is standard for snow plow operations so the plow train can reverse and re-plow the snow in the opposite direction.

Let us know if you have had the fun of seeing a snow plow in action! We would love to hear about your experience!