The Amazing Railbikes You Didn’t Know About! 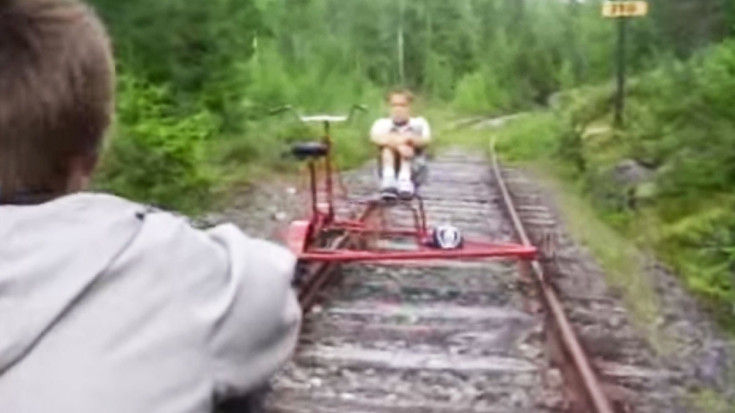 Riding a bike on the rails just might not be as impractical as it sounds!

These light rail bikes are known as draisine, named after the father of bicycles, German Baron Karl Christian Ludwig Drais von Sauerbronn! Initially used only by service personnel, these bikes have become a tourist favorite in many european countries and are generally rented out where they were originally in service!

While bicycles themselves were initially called Draisine, it was later only applied to the rail vehicles to differentiate the two!

Draisine is an all inclusive term, and if it seems foreign, you’d be wrong! Here in the United States what we know as handcars are actually draisines. Even motorized rail speeders are technically draisine, as motorized vehicles are also classified under the title!

These draisine specifically are running down an unused track in Numedal, Norway!

Have you had the opportunity to take a ride on one of these rail bikes? We’d love to hear about your experience!