Diesel Engine Brought Back To Life After 10 Years! 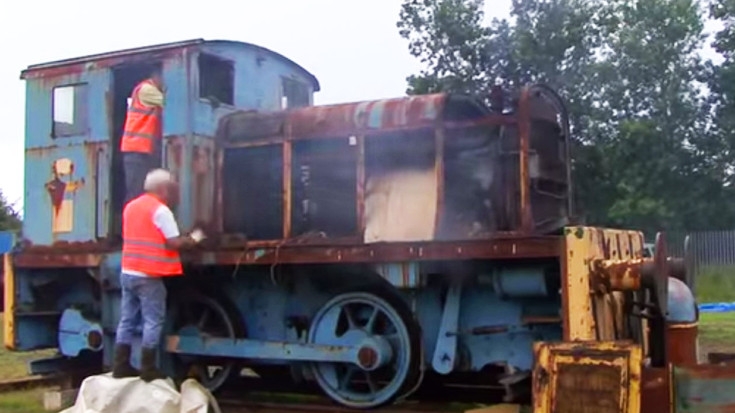 The Poulton and Wyre Railway Society (PWRS), formed in 2006 and based in the United Kingdom, got the unique opportunity to save this 1955 Fowler Shunter from a life of sloth and decay!

The Fowler #4210108, used to move cars around at the Leyland Motorworks in Preston, England. However after the plant shut down, it was left to rust and had not been started in an upwards of 10 years! Luckily the owners of the engine decided to make the right move in 2010, and donated the locomotive to the PWRS who in return promised to get this little gem up and running again!

In this clip, we get to see the Fowler running once more, and she starts up just fine! She was a little sluggish at first, but that can be due to some rust or dirt on the valve head that had been left open to the elements. PWRS even got the wheels turning!

It truly is just amazing to see old engines get a second lease on life, and one more opportunity to hit the rails!