Freight Train Graffiti: Art Or Not? 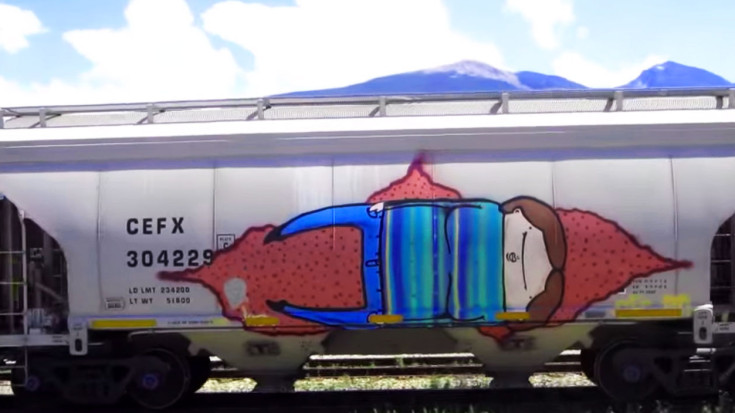 Graffiti benching is watching the fright trains roll by and admiring the graffiti artwork painted on the sides of the freight cars!

Graffiti on freight trains has been around for years and continues to plague the railways and car owners. While the painting of freight cars is considered illegal and unsafe, the violators are subject to arrest but hardly ever get caught. Union Pacific, for example, has rail yards in 23 states and freight cars can sit for days in one place before being moved. Plenty of time for these urban artists to create their personal self expression.

Fright graffiti is the distant cousin to hobo codes that were written on the freight trains by the train-hopping hobos and rail workers in the 1900’s. They were usually written in coal on trains and under bridges where the hobos would congregate. The codes were considered an early form of graffiti.

This activity is illegal, dangerous and expensive!

Since they are defacing private property, they have to trespass on railroad property. It costs about $1,000 to repaint the lower half of a railcar on each side.

The graffiti artists are smart enough to know that if they don’t paint over the identification numbers and other important information that there art work might stay on the cars longer. Sometimes the car owners will just leave it alone if it is particularly creative!

Let us know if you are a graffiti watching rail fan and whether you think it is art work or not! We would love to hear your opinion!

Note: The video clip starts out with a bear pawing around on the tracks!