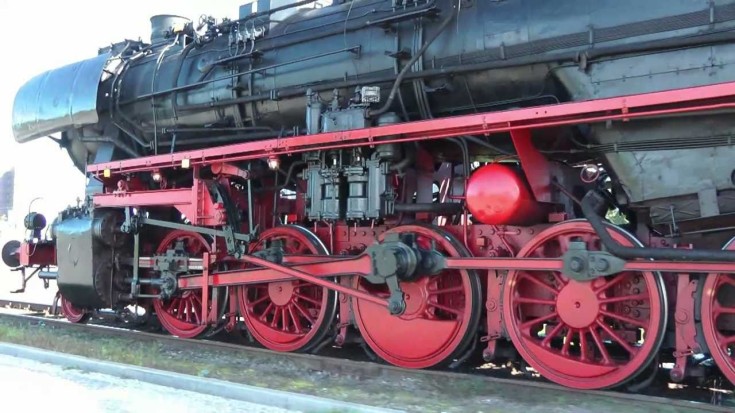 Set against the beautiful green forests of the Netherlands and parts of Germany, the beginning scenes show the black smoke furiously belching out of the stack of this full steam ahead locomotive as she climbs this grade on a curve!

Part of a collage of clips, the heritage museums that own these beauties have done a superb job of maintaining and updating to keep the engines in peak running condition.

One of our favorite engines featured is the narrow gauge 7742 BELLO, the Netherland’s only preserved light steam locomotive. It looks like an oversized toy and still makes excursion runs between the old Zuidersee stations of Hoor and Medemblik.

Beautifully preserved with red painted 55 inch driving wheels against a shiny black paint job, she is very impressive. You can watch the drivers work close up as she rolls along.

Around 6700 of these were built and were initially coal fired. Some included armor plating for protection during the war effort.

If you have seen these classic pieces of history, let us know. We would love to know your first hand experiences!