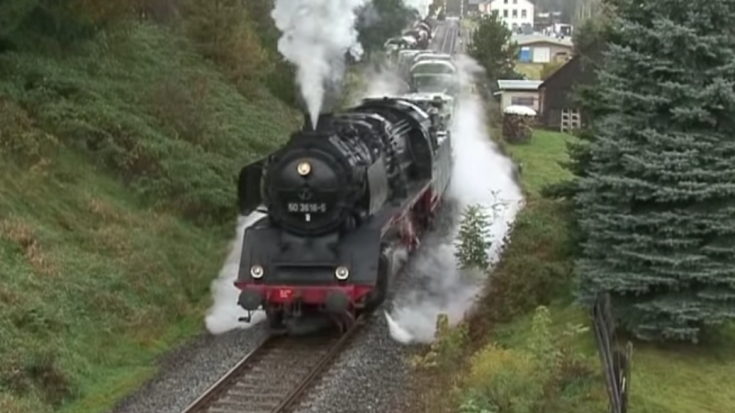 This classic Germansteam (Dampflok) locomotive is seen pulling photo op train loaded with military equipment and troops from Schwarzenberg to Annaberg-Buchholz, Germany. The DB Class 50 3616 locomotive was initially designed prior to World War II in 1939.

The DB Class 50 3616 can be seen traversing the historic Markersbach Viaduct railway bridge. This bridge is also nicknamed the “match stick” bridge because of its appearance. The bridge is approximately 775 feet long and 120 feet in height and is located in Raschau-Markersbach, Germany.

Let us know if you have had the opportunity to see any of the classic steam locomotives in action. We would love to hear about your experience!