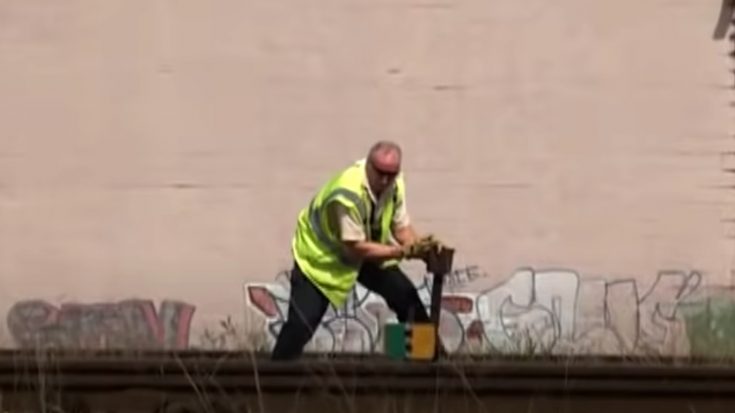 This conductor got the surprise of a lifetime when his engines made it over the frog but his hopper cars had a problem. This event was captured at Central Avenue in Metairie, LA.

CSX estimated that the amount of damage to the rails and cars to be around 3 million dollars. The hopper cars were full. Once the first few hopper cars rolled across frog, the results were all but guaranteed. The locomotives kept dragging the cars until they started to roll. And roll they did.

Thankfully the train was moving slowly or things could have been much worse.