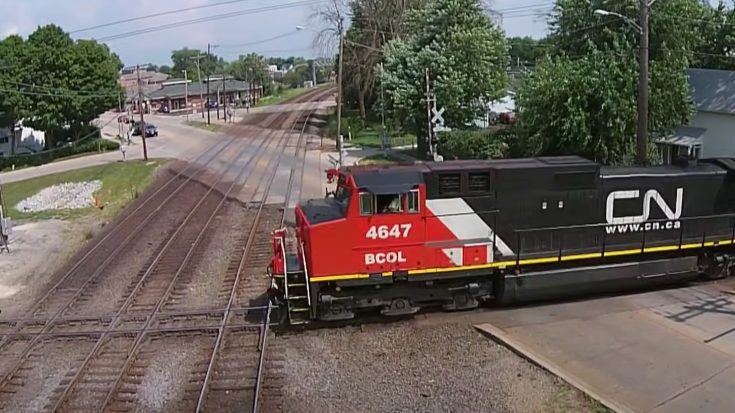 Triple diamonds prove to be a railfan favorite!

The 3 track UP line was the first railroad built in Chicago back in 1836. It was called the Galena & Chicago Union which later merged into the Chicago & Northwestern in 1864 and ultimately into Union Pacific in 1996.

The single track is owned by Canadian National, which has priority over UP at that point because they also own and man the tower. This seems odd, since UP has triple the amount of traffic going through this intersection.

Conflicting routes like the one seen here are controlled by interlocking signals in order to prevent collisions.

Let us know if you have a railroad diamond in your area and the signals used to control it! We would love to know your thoughts.