CSX Oil Cans All In A Row 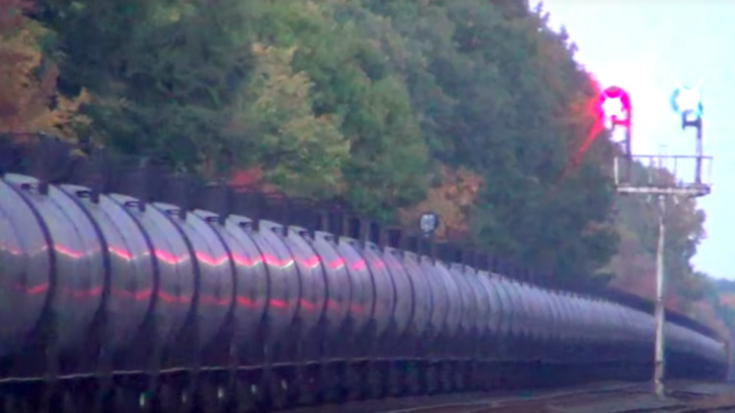 Are these cars empties or are they full?

All of this leads us to the question: How much oil does a rail car hold?


On average, a 110-unit train at 636 barrels per rail car amounts to around 70,000 barrels of oil total per train. Since oil tank cars are more or less built to Federal Railway Administration standards for GWR (gross weight on the rail) and a load capacity of 286,000 lbs per tank car.. Some tank cars weigh more or less when empty depending on the material used in construction, but cannot go over the 286,000 lb limit when filled.

So, how many cars do your think these two locomotives are pulling and are they full or empty? Let us know what you think!