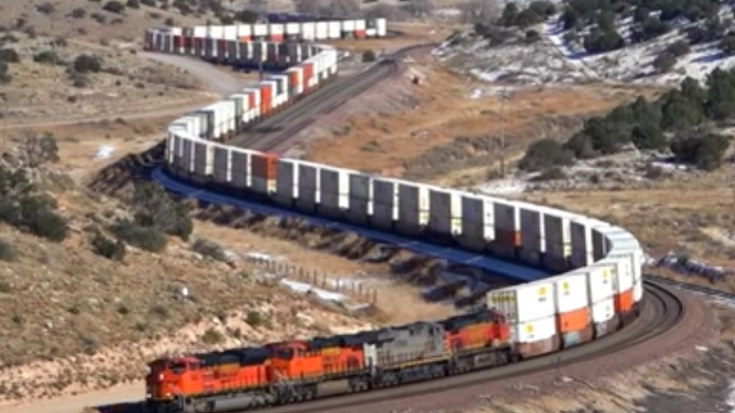 This BNSF Intermodal Freight snakes its way through the rolling hills near Nelson, Arizona.

BNSF 9062 is a intermodal double stacker which means that the top of the freight cars are most likely around 20 feet high in places and usually 100-120 cars long.