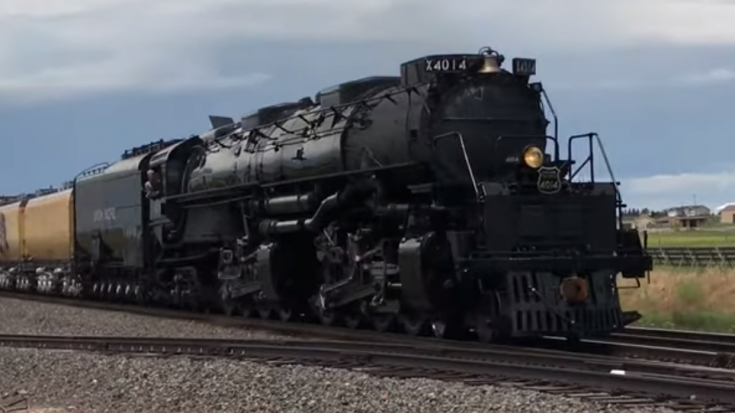 Who would have thought they’d put 4014 back to work?

Do covered hopper cars count? In our book, they do.

Caught on a hot July day, Big Boy 4014 was seen rolling with a manifest of covered hopper cars outside Burns, Wyoming.