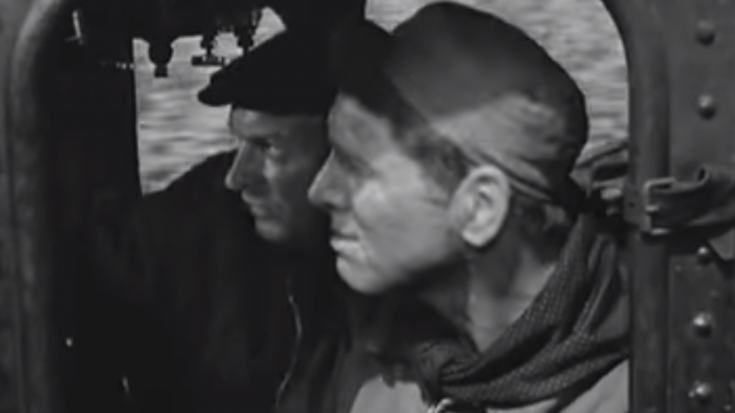 In a case of mistaken identity, the locomotive is chased by a British Spitfire!

In this scene, Burt Lancaster has his hands full trying to escape the murderous fire of this British Spitfire as he and the other French Resistance fighters try to steal this locomotive from the Nazi’s!

How was the pilot supposed to know that the locomotive was actually being engineered by French Patriots?

The 1964 movie The Train starring Burt Lancaster is set in August, 1944 during the waining days of World II. There is plenty of action in this 140 minute movie, however, this air chase scene is one of the best.

Often referred to as one of the greatest war films ever made, this action scene is dramatic as the machine gun burst from the British Spitfire! The black and white film enhances the realism as the bullets chase the locomotive into the tunnel.