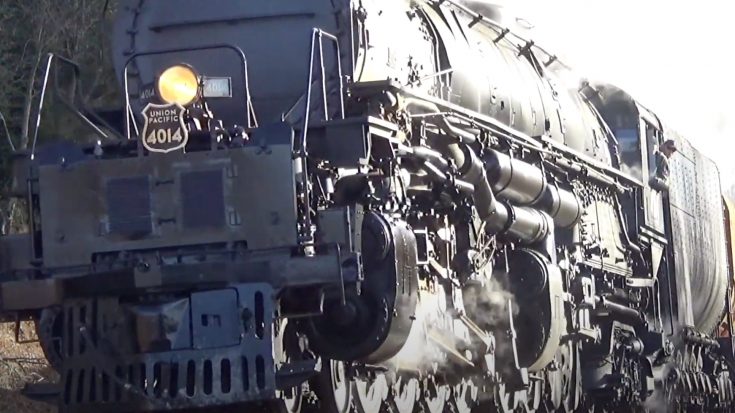 Big Boy #4014 is HI BALLING through Oaklahoma with a new SD70AH for power to the passenger cars.

During World War II, the Big Boy class locomotive was conceived to eliminate the need to double head up the Wasatch Mountains.