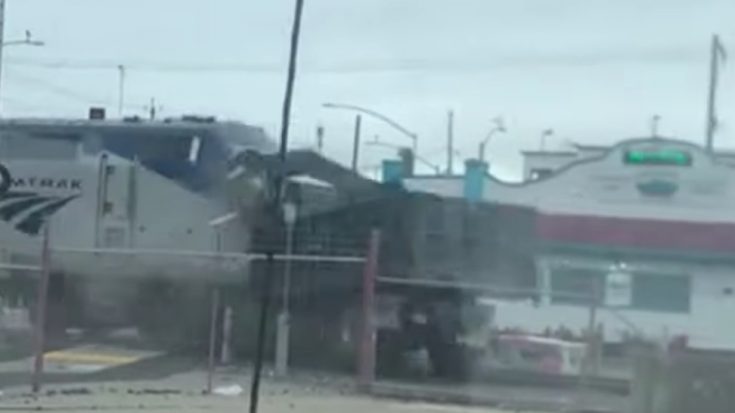 Trash truck driver and passenger escape in the nick of time!

A motorist happen to catch the moment of impact when an Amtrak train crashed into a garbage truck loaded with trash. The men were apparently got stuck on the track at an odd angle to the crossing. The driver said he tried to go forward and reverse to dislodge the truck, but had to bail out as the train approached at high speed.

The Amtrak Coast Starlight train was traveling at full speed on its journey from Los Angeles to Seattle when the accident occurred.

The crash happened at the intersection of Fruitvale Ave and E 10th in Oakland, California.

Luckily, no one was injured in the collision which could have been catastrophic.