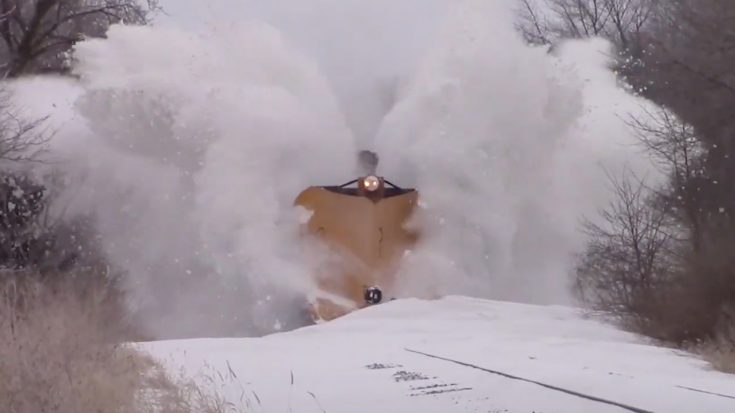 This scene plays out each time a major storm dumps snow. Wedge plows are used when the snow is fresh and powdery and are extremely fun to watch!

The weighted down sled plow is being pushed by 2 diesel locomotives, and have been known to cause derailments which makes this hazardous work for the crews.

Let us know if you have ever seen one of these plows in action. We would love to hear about your experience!