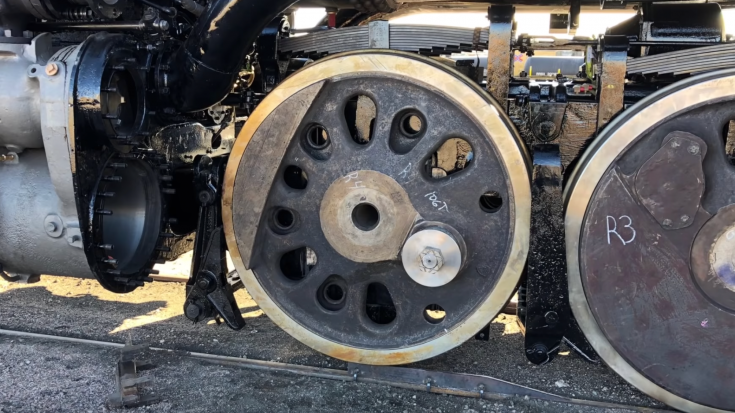 Two years and a lot of hard work has Big Boy #4014 sitting on the rails again!

According to Ed Dickens, head of the Union Pacific Steam Team, “the last time Union Pacific had an articulated locomotive disassembled for this level of repair was in the 1950’s.”

An articulated locomotive has one boiler sitting over two separate of engine units or “drivers”. The two engine units move independently of each other which allows the long boiler to negotiate curves which would otherwise prove impossible.