UP Locomotives With Nowhere To Go 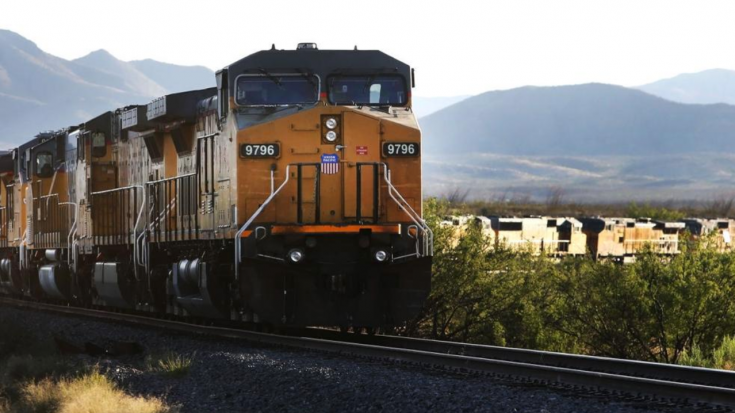 Hundreds of Union Pacific locomotives are waiting for train orders!

Where do you park 300 locomotives when they are not needed? Out in the desert, of course!

Just south of Tucson, Arizona, lies the sleepy town of Benson. In an area where we think of the Old West with gunfighters and saloons, lies 4.3 miles of unused rail in a dogleg section of Union Pacific’s main line.

Approximately 300 of Union Pacific’s 1,400 idle fleet of locomotives are parked here under the watchful eye of security guards. Many of these locomotives will never see service again because they do not comply with EPA’s latest rules on diesel emissions.

According to economist Bernard Weinstein, “the combination of low oil prices and the decline in coal use has had the biggest impact on the railroad industry.”

Let us know if you ever seen one of these railroad “boneyards” . We would love to hear about your experience!