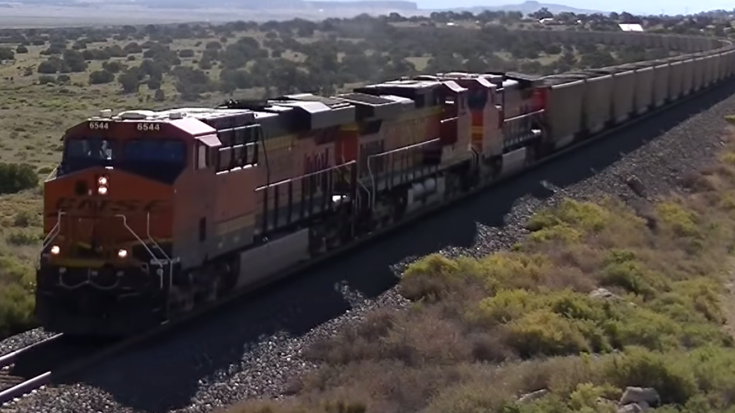 How many cars can you count?

Can you imagine the total weight of this train including the BNSF locomotives?

Seen here on the Coronado/Gallup Subdivisions, this coal consist is inching its way up the New Mexico desert landscape along the BNSF Gallup New Mexico subdivision.

The average weight of these BNSF hopper cars is 121 tons each, combining for a total train weight of gross on rails of 143 tons!

The Gallup/Coronado Subdivisions carry approximately 65 – 70 trains daily made up mostly of coal, auto, intermodal, and grain.

Let us know if have ever seen a coal consist as long as this one!
We would love to hear your comments!