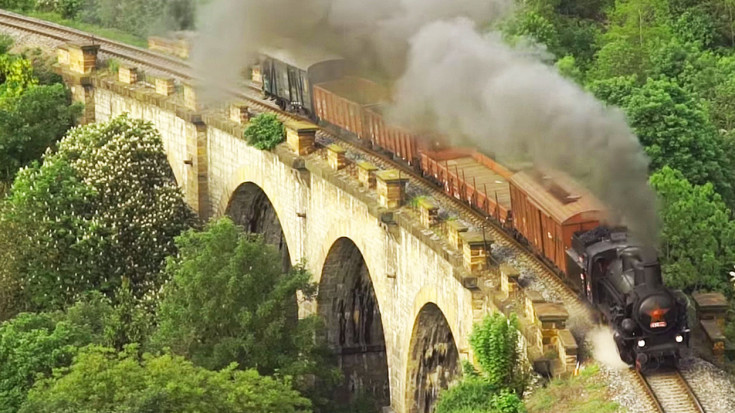 The National Railway Museum in Lužná u Rakovníka, Czech Republic, is one of the countries most active rail museums. With more than thirty steam locomotives on display, the museum houses one of the largest collections of historic locomotives in Europe!

The museum saw its first historic engines in 1997 thanks to volunteer work, as well as the support of several nonprofit rail way organizations. However in 1999 the museum was taken over by Czech Railways (ČD) and has been working in conjunction with the Czech Republics Depot of Historic Vehicles(DHV) ensuring the protection of Czech rail history!

The museum celebrates its trains histories with yearly excursions, however they are seasonal as the museum is only open from April to October! To celebrate the opening of the museum as well as the season of upcoming excursions, the museum has an inaugural event known as the First Steam Weekend!

Taking place on the 16th-17th of May, this years event consisted of a multitude of daily excursions on multiple historic steamers! There were 14 trips made, and this clip gives us a glance into all the glorious steam trips that took place that weekend!

Has anyone here been to the Czech Republics National Railway Museum? We’d love to hear about your visit!