Aerial View Of The Williams Loop 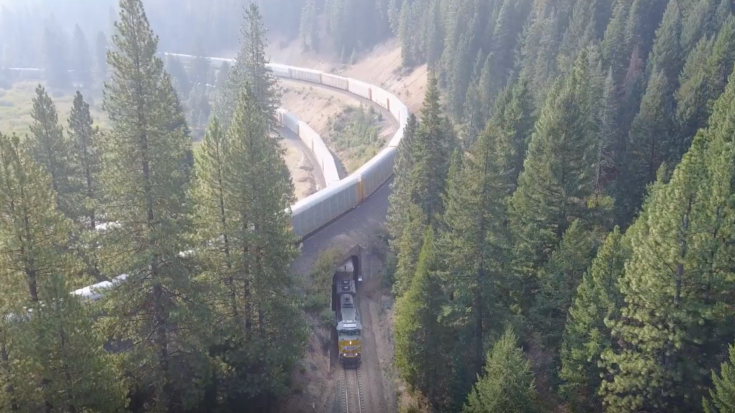 Located on the former Western Pacific (now Union Pacific) Feather River Route, the Williams Loop is a 1 mile loop helping trains gain elevation on their climb to the summit at Beckwourth Pass. The loop actually crosses over itself on its 1 per cent grade, which is the least steep grade for a transcontinental railroad in the United States.

This famous route located in northeastern California is part of Plumas County and is referred to as one of the “7 wonders of the railroad world” according to the train guide for that region by Western Pacific’s Railroad Museum.

The Williams Loop is located about 15 miles from another railroad wonder listed in the train guide called the Keddie Wye. It is the only railroad wye in the world with two legs on bridges and a closing track in a tunnel.

Let us know if you have ever seen Williams Loop or Keddie Wye. We would love to hear about your experience!