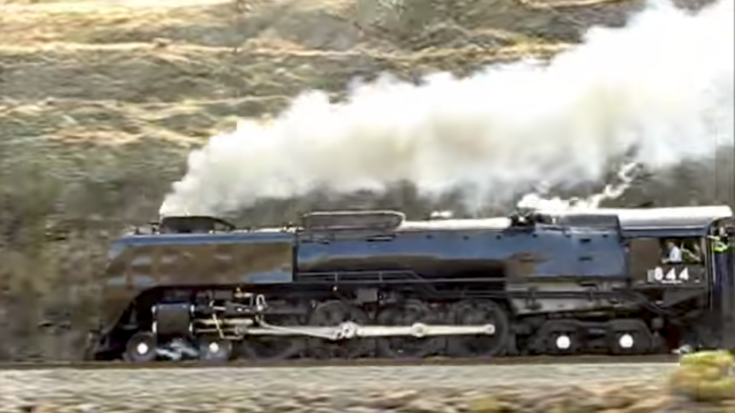 Could you keep up with UP 844 while making this pacing shot?

Shot near Dalles, Wasco County, Oregon, this couple happened upon this classic steamer and did an outstanding job of keeping up with her!

In one of the most continuous pacing shots ever seen, they managed to keep up from Dalles to just shy of Boardman, Oregon.

Up close and personal with hundreds of moving parts!

Fast and furious is what you see here with Union Pacific’s 844 Northern class beast!

Let us know you have ever seen UP 844 barreling down the tracks! We would love to hear about your experience!