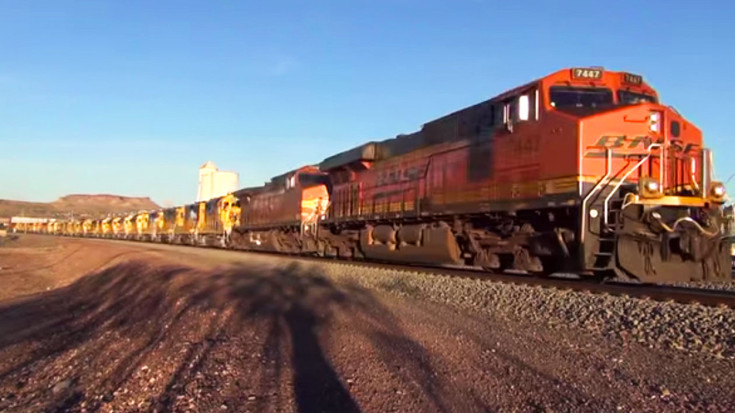 When was the last time you saw this kind of lash up!

Most are General Motors Electro Motor Division (EMD) GP 30 and GP35’s. The average weight of the locomotives is 253,000 lbs for a approximate total of almost 3,500 tons of moving stock. An impressive amount!

These locomotives are 50 years old, give or take. That makes a pretty impressive track record for the General Motors!

Occasionally, depending on the rail traffic, rail power can get stacked up one side of the country or the other depending on how much commerce is transported. If more goods are coming to California than going out of California, then a surplus of power is created. These extra engines are then transported in caravan back to their original destinations for future use.

Let us know if you have ever seen more than 27 locomotives being transported at once. We would like to know what the record is!