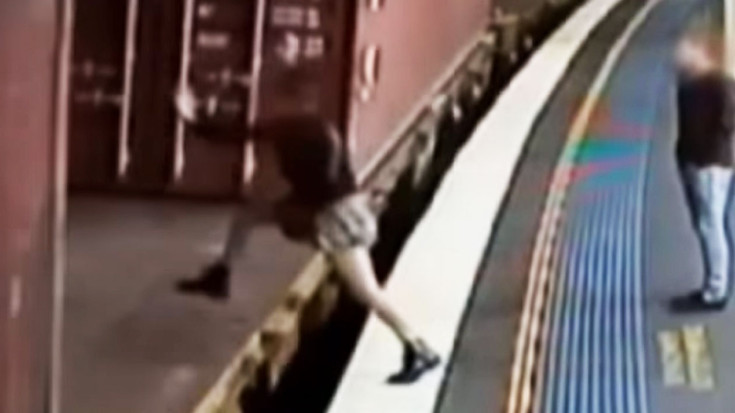 At a platform in a station in Australia, a woman suddenly makes the wrong decision to leap onto the moving freight train platform car. Not realizing the physics involved, she is immediately thrown backwards on the platform and down onto the tracks through a gap in the cars.

Not knowing if the woman was dead or alive, her friend on the platform is totally shaken. After the train had passed, the woman on the tracks gets up stunned and dazed, but alive. The police said they do not know how she survived. She fell exactly in the right position not to sustain major injuries, though some stitches were necessary!

The authorities said they would not press any charges even though she was wrong to trespass on railroad property.


It’s illegal to board a moving train, passenger or otherwise. It is illegal to cross the yellow line unless a train is completely stopped at the station and is considered trespassing!

While most train accidents happen at railroad crossings, this is the rare occasion whereby a pedestrian trys to out wit a moving freight.

Let us know if have witnessed any close calls or have been in one yourself! We would love to hear about your experience!