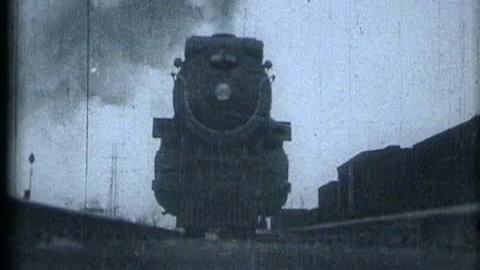 A rare find of vintage footage showing this 4-8-4 Northern Class Locomotive #3101 from beginning to end!

In 1928, the Canadian Pacific Railway ordered this locomotive from the Angus Locomotive Shops in Montreal, Canada.

What is amazing about this clip is the detail and the clarity of the old film. It is like taking a fascinating look back into “yesteryear”!


Note: It is supposed to be a silent film, so you if want the full experience you need to turn your speakers off!

The Canadian Pacific Railroad used these engines mainly for fast runs between Montreal and Toronto. The #3101 boasted 3685 horse power and was known as one of the largest and most powerful non-articulated locomotives of her day.

#3101 achieved 25 years of service before she was retired to IPSCO PARK in Regina, Saskatchewan.