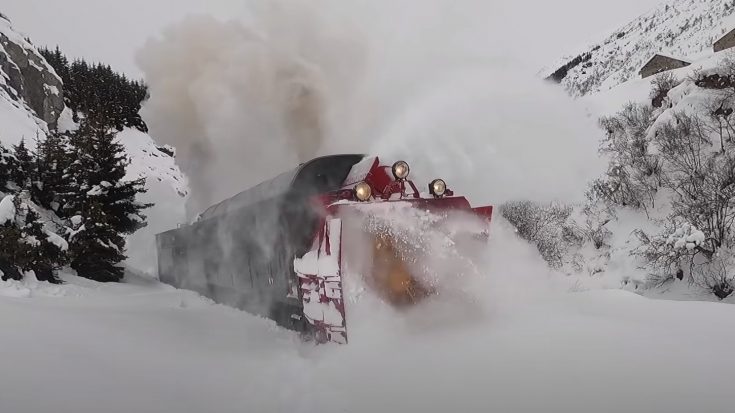 The R12 rotary snowblower and the Rhaetian Railway (RhB) were purchased by DFB (Dampfbahn Furka Bergstrecke). It is now known as the R12 of the DFB, ex Rhb / steam rotary plow.

After 100’s of hours of work over 18 years, the R12 is in perfect Swiss operating condition.

The R12 was originally built in 1913 by the Swiss Locomotive Machine Works. The R12 was built with a steam engine inside a car body geared to power the rotary blades instead of driving wheels. The steam engine sits on a frame with two non powered wheeled trucks. It is pushed by the trailing steam engine.

The R12 crew is seen here on Furka Cogwheel Steam Railway in outside of Goldau, Switzerland.

Let us know you have ever been to Switzerland to see this machine in action. We would love to hear your comments!