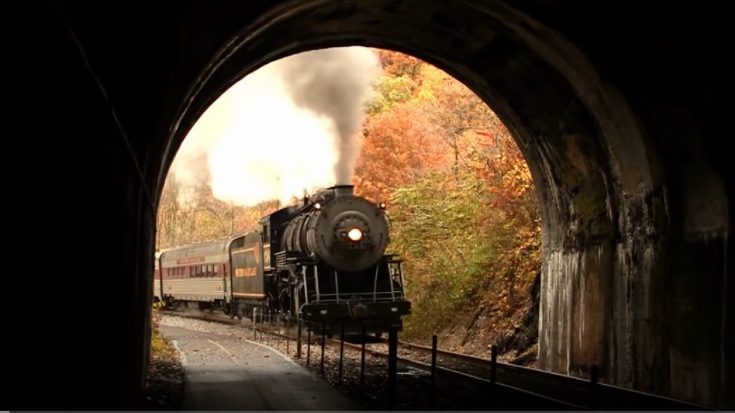 Western Maryland’s locomotive #734 at home in the fall!