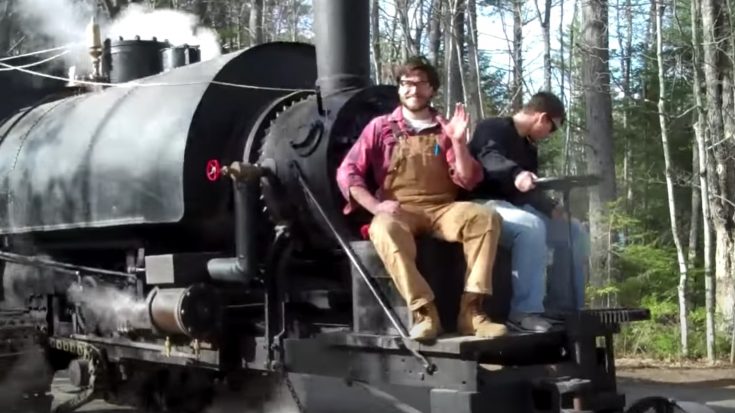 The Lombard Steam Log Hauler became the first successful commercial application of track propulsion which was later adopted for military use as well as agricultural tractors.

Alvin Lombard eventually built 83 of these 10 to 30 ton saddle-tank locomotives with a platform in the front for steering. They were meant to haul sleds piled with logs with a top speed 4-5 miles per hour in snow conditions. This one seen here was modified with a with wheels to allow operation in non winter conditions.

Let us know if you have ever seen this classic in action. We would love to hear about your experience!