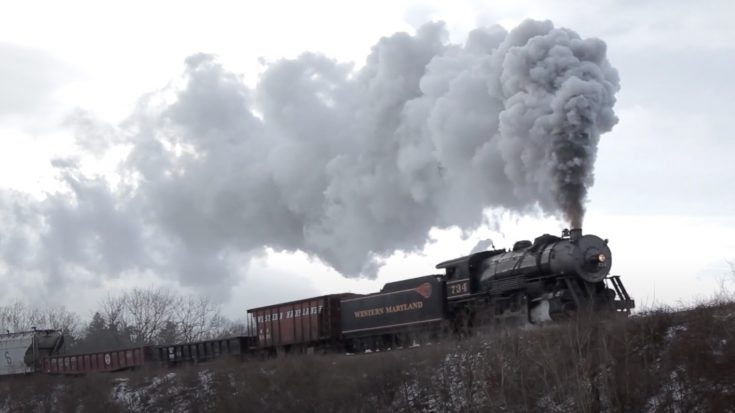 Western Maryland’s locomotive #734 enjoys the winter scenery in all of its majesty!