VIA Rail Runs One Of Canada’s Longest Passenger Trains! 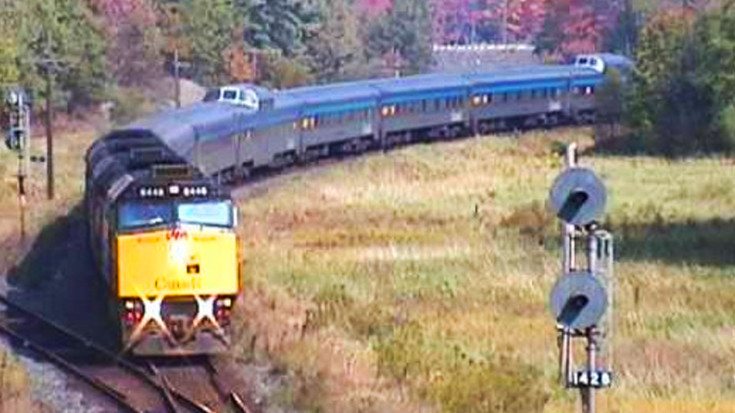 Cruise ships cannot hold a candle to the routes VIA Rail has planned for you!

VIA Rail in Canada offers in essence land voyages which include some of the most beautiful scenery on the North American continent. Dubbed “land crusing”, you can get up close to the landscape through observation cars and stops all the along the way. You can even spend the night on the train!

Rocky Mountaineer and VIA Rail operate passenger trains along Canadian Pacific Railway routes in the Canadian Rockies and across Canada. The train trips are so popular it is not unusual to see long passenger trains such as this one in the clip which has 30 passenger cars including 5 dome cars.

VIA Rail’s routes include beautiful scenery all over Canada. Many multi night excursions include a combination of overnight sleeping on the trains and hotels. Many are also combined with air transfers.

According to VIA Rail:

“There is so much to explore in Canada and with 19 routes from coast-to-coast, VIA Rail Canada will get you there. Choose one of the thoughtfully planned vacation packages below or customize an existing trip with your favorite activities.”

Let us know if you have ever taken one of these trips across Canada! We would love to hear about your experience!