Golden Age Of Steam Caught On Film In 1950’s 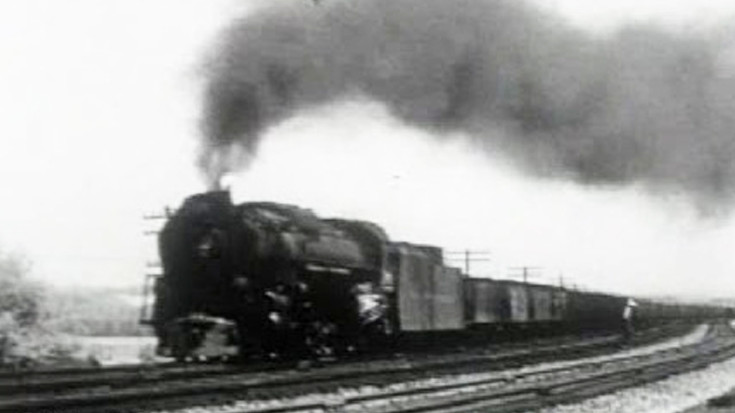 Vintage black and white film shows us what it really looked like back in the golden age of steam!

This clip has fantastic black and white steam locomotive footage of Horseshoe Curve in Altoona, Pennsylvania. Covering the years 1951-1954, the railfan caught numerous steam engines making their way around the 180 degree Horseshoe Curve. Built to level the steep grade in the area, the footage covers trains descending as well as ascending around the curve.

Produced by early pioneer railfan Fred Mcleod, this and other clips of his work were later acquired by Black Hawk Films. There library also includes turn of the century silent movies as well. Fred Mcleod set his cameras up over a 3 year period on the Horse Shoe Curve in order to make this compilation of the last days of revenue steam in the United States before diesel electric locomotives took over.

Most the locomotives in this video maintained speeds of anywhere between 25-45 mph rounding the curve depending on weight and direction.

The “Stars” of this clip include the following:

Let us know if you seen railroad action on this famous curve in Pennsylvania! We would love to hear your comments!