RARE: All 4 British LNER A4’s Lined Up In One Place! 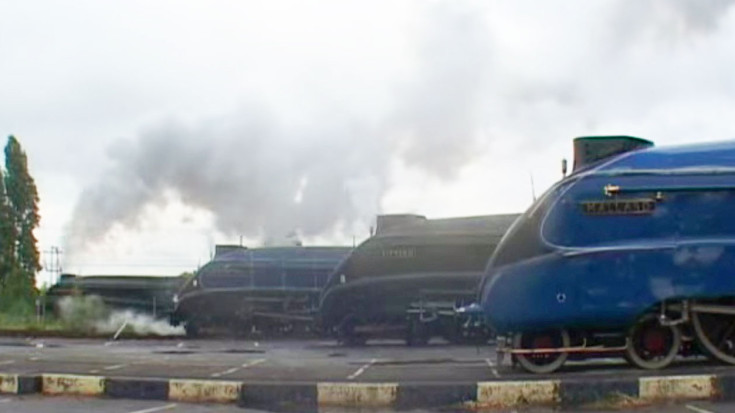 On July 5th, 2008, something pretty spectacular took place at the National Railway Museum in York, England. Train videographer and Youtuber Ben Collier was there to capture the majesty of the moment as it all unfolded!

Seeing the class that holds the record for the worlds fastest steam locomotive together truly is a sight to behold, though it is unfortunate that the two A4’s in the America’s, The Dominion of Canada, and Dwight D. Eisenhower could not have participated as well! Nonetheless the sisters put on quite the show bellowing steam and blowing their whistles harmoniously!

Mallard to this day still holds the world speed record for steam traction at 125.88 MPH!

Finally we get a shot of them all together as # 60009 passes and says good bye to her sister engines taking her own train north, from York to Edinburgh, Scotland, on what was sure to be an astounding excursion!

Have you had the opportunity to see any of the A4’s in person? Tell us about it, we’d love to hear from you!