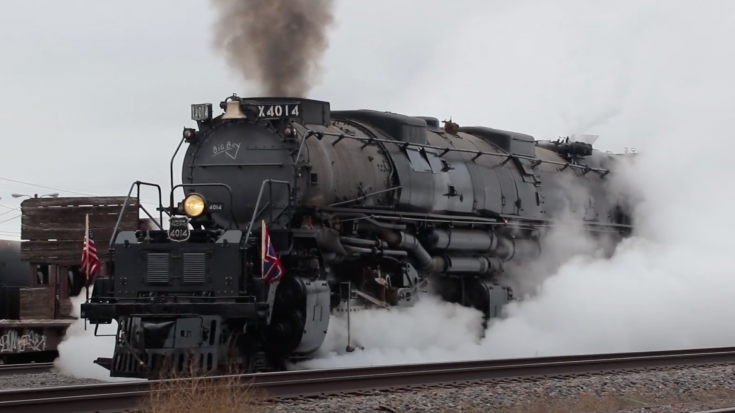 Early morning fog and cloud cover makes for quite a display!

Seen here leaving Laramie, Wyoming, both locomotives show off their boiler pressures on their an early morning departure on the way back to Cheyenne.

Having just completed their journey through the southwest celebrating the 150th Anniversary Celebration of the transcontinental railroad’s completion, Union Pacific’s Big Boy #4014 and UP 844 are moving out early in the morning.

There were 25 Union Pacific “Big Boys” built overall beginning in 1941 for the specific purpose of handling freight up the 65 mile grade of the Wasatch Mountain Range starting inOgden,Utah and ending in Wyoming.

Let us know if you the opportunity to see these great locomotives first hand. We would love to hear about your experience! 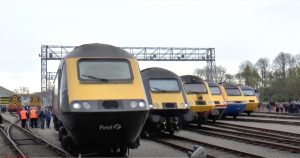 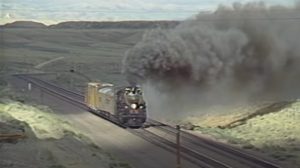 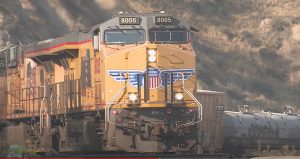 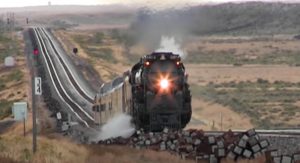 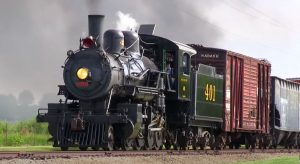 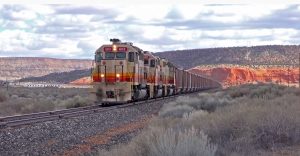