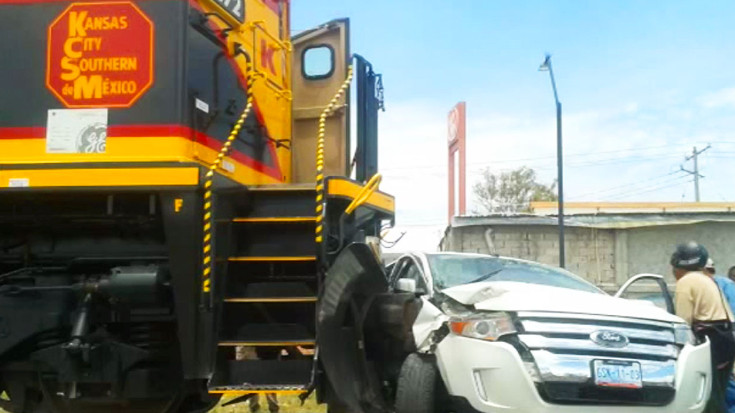 Number one rule of the rails, TRAIN ALWAYS WINS!

A driver learned a harsh lesson when she attempted to beat the oncoming KCSM (Kansas City Southern de México) freight #4572 to the rail road crossing in Guanajuato, Mexico.

Youtube user and railfan fxe4005 was just trying to capture some footage of the intermodal freight train. As the train began to pass fxe, he turned the camera towards the crossing, not expecting to see a car crossing the tracks just milliseconds before the freight reached the intersection!

The poor car never stood a chance when the locomotive barreled into it!

As soon as the train started coming to a stop, fxe2005 began running to the scene of the accident to ensure everyone was okay. Luckily there were no serious injuries and all passengers of the vehicle walked away!

Has anyone here seen a car trying to cross the tracks when they shouldn’t? Let us know if you have, wed love to hear about it!