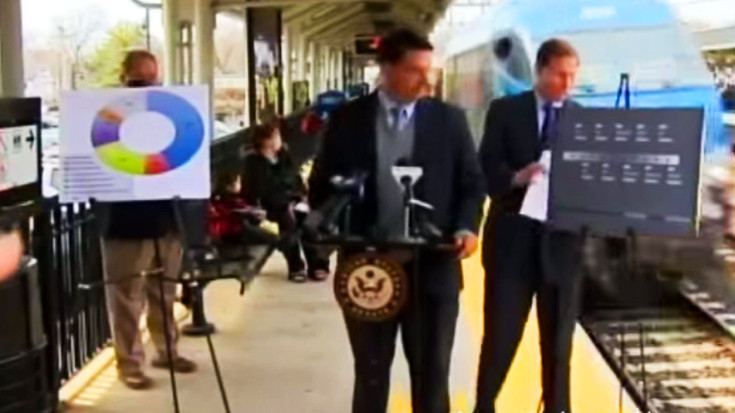 You should never stand this close to the tracks!

Senator Richard Blumenthal of Connecticut had been campaigning in early 2014 for more stringent adherence to railway safety code, as local rail company: Metro-North railway had incurred around $552,000 in fines over the past decade due to a staggering 139 safety violations!

Blumenthal, and co-campaigner Ben Blake (Mayor of Milford, Connecticut), decided that one of their best courses of action would be to hold a press conference addressing these aforementioned safety code issues at the Milford Metro-North station.

“Safety as you know, is paramount…” – Mayor Ben Blake

However in a bit of irony seemingly pulled straight from a childhood cartoon, as Blake delivered his speech, the Senator was standing on the yellow safety line (you know the one you’re supposed to pay attention to and not stand on?), when a passenger train came flying on by- giving Blumenthal quite the scare!

Have you seen any inattentive close calls like this at your local train station? We’d love to hear your stories!