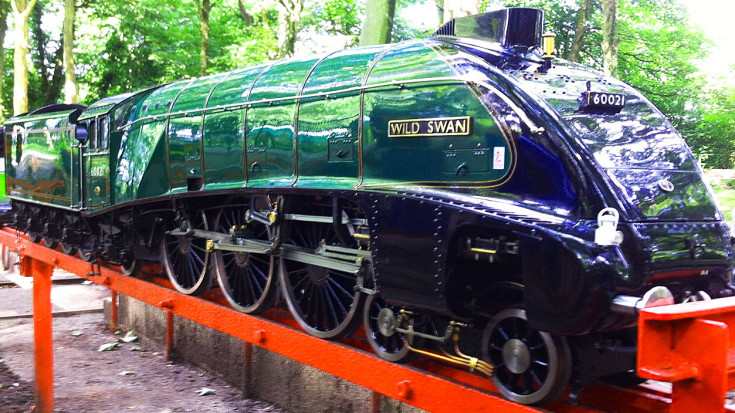 This is hands down, one of the best replicas we have ever seen!

The member of the Chesterfield and District Model Engineering Society deserve a real round of applause for this feat, amongst their many others! The club, located in Hady Hill Chesterfield, UK is a place for steam, railfans, and model train enthusiasts alike. From scale steam traction engines, to HO garden railways, the C&D M.E.S has you covered!

Whats really astounding, and what really makes this club shine, is the attention to detail its club members put into their work. This is why we shouldn’t be shocked to see the London and North Eastern Railway’s Class A4 #60021, the ‘Wild Swan’, is so meticulously crafted!

Unfortunately the Wild Swan is no longer with us, so its nice to have replicas like these to keep her spirit alive!

The Wild Swan looks, feels, and rides like the real thing, honestly its a homegrown engineering marvel. If just replicating the feel weren’t enough, these folks went above and beyond! Most 5 inch gauge replicas we’ve seen run off of electricity, or propane, and their “steam” is generally some sort of smoke machine, not the actual byproduct of a steam engine. But not here at the Model Engineering Society, this baby is a steamer through and through, even down to the coal firing!

The Wild Swan, part of the A4 class, is the sister engine to the ‘Mallard‘, the world record holder for the fastest steam engine ever constructed. The A4 tradition is not let down by this replica, as the Swan flies down the 5″ gauge track!

Have you seen any replica engines that could keep up with this? We’d love to know if you have!