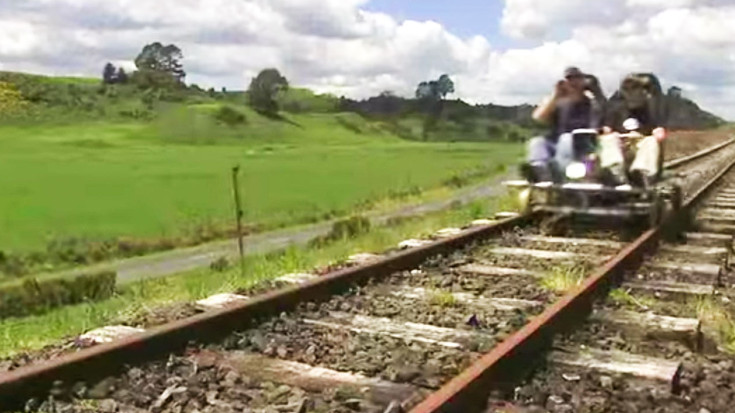 Looks like those railfans down in New Zealand know how to have some real fun!

Geoff Mackley, railfan and youtuber, shared with us his amazing creation, a solar powered railway trolley! While at this point in time the trolly is not fitted with the solar panels, it is running off of car batteries, which had been charged via solar cells before hand!

There are many fans of “rail riding” world wide, but very few have vehicles that can hit speeds like this!

The trolley is designed to haul around a trailer which will hold the solar panels separately and continuously power the rail vehicle, which flies down the tracks! Unfortunately, in New Zealand, this type of activity is frowned upon, and Geoff Mackley was threatened with a $250000 (NZD) fine by the NZ Transit Authority!

You definitely want to be sure the rails you’re running are no longer active!

Mackley wants to turn this into something that can be purchased by rail lovers around the globe! He feels that New Zealand is grinding his and many others ability to pioneer new technology and products to a halt! So he looked offshore and as of his last update is working with many rail outfits who have offered him the ability to use his trolley on their tracks!

If you could purchase one of these, where would you be riding? We’d love to hear about the tracks you would choose!