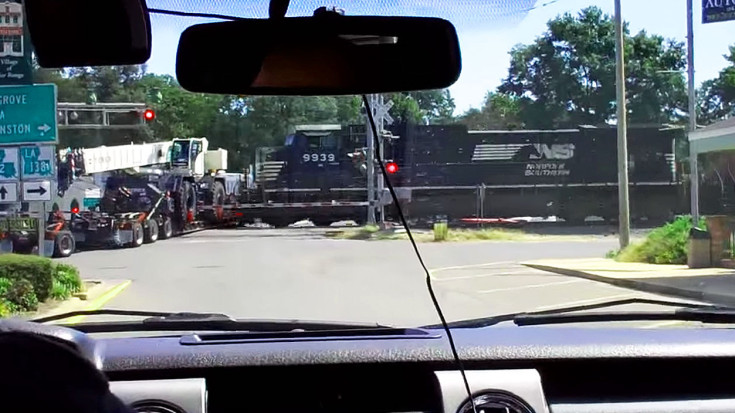 An unfortunate accident for everyone involved, as a freight train pummeled into a tractor trailer that was stuck at a crossing in Mer Rouge, Lousiana!

John, David, and Juanita Schulze were traveling together on their way from Monroe, Louisiana, to Memphis, Tennessee when they crossed through Mer Rouge, and had to wait for a train to pass. It was at that point however that the family realized a truck was stuck on the crossing, so Juanita pulled out her camera!

Witnesses were instructed to leave, as the train was leaking noxious fumes!

Moments later the train, with no possible way of stopping in time, came flying through and smashed into the truck! If you look closely enough, you can even see the lead engines wheels lifting off the track, causing the train to derail!

17 cars in total were derailed, as well as the lead and secondary engine!

Luckily the driver had already left the truck, as he probably would not have survived that encounter unscathed. Unfortunately however, the two crewman of the engine did sustain injuries, but in the end survived the whole ordeal!

This Crash was a real mess, and we’re glad everyone made it out alive!

Have you seen any accidents caused by vehicles becoming stuck or stalling on the tracks? Share your stories with us, we would love to hear them!