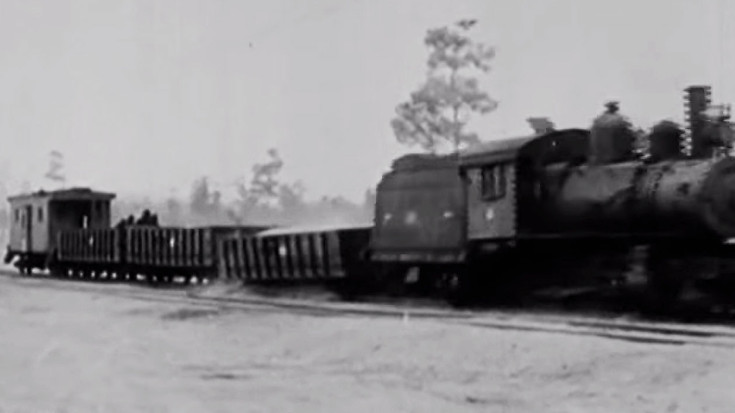 The year was 1944, WWII had been raging on for 5 years, And the United States had entered the European theater of war!

The second world war took place on a massive battlefield, sprawling across almost all of Europe (not to mention the Middle Eastern/African and pacific theaters) and trains were at the time the best way to move troops, supplies, and munitions. It was vital then, for the Allies operational success to understand, and have the ability to stop axis run trains that could benefit their enemy.

The OSS, what would later become the CIA was a vital tool during WWII!

In accordance with this, the National Defense Resources Committee (NDRC), as well as the Office of Strategic Services (OSS) began running trials of how best to derail an enemy train! The tests, occuring in March of ’44 would prove vital to the invasion on the western front, as D-day had yet to happen, and would occur just 3 months later!

The mole, an explosive device with a light-sensitive detonator was concurrently developed to be used in train tunnels!

The locomotives used in these tests were doing their patriotic duty, as they served to show US & Allied infantry units how to effectively hinder the enemies battle tactics! This video specifically mainly discusses the use of explosives (and the amount necessary), as well as how to utilize gaps created in the tracks to derail a train keeping decent speed!

It turned out that the most effective way for infantry, who wouldn’t always have explosives at hand, would be to create those gaps with the tools they had! In order to derail the train, larger staggered gaps needed to be made, or else the wheels would just bounce right back on the track.

Do you know of any other US defense experiments that had involved trains? We’d love for you to tell us about them!